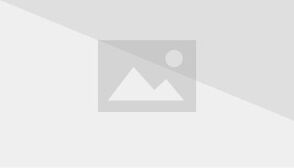 This story takes place at 2 AM, a gas station clerk named Shaun is working late, "Ugh, this is so boring." said Shaun, hoping he would have to go home soon. His girlfriend and partner named Melissa was at her home, which was only 10 blocks away from the gas station. Shaun looked down at his watch and said, "Two more hours..... two more hours..... two more HOURS...... damn it!"

About 20 minutes later, someone came in, "Hello?" said Shaun in horror, "We're closed, okay? Come back at 7:00!" A mysterious figure jumped out at him. He let out a high-pitched scream, and saw Melissa, "Melissa? What are you doing here?" "GO TO SLEEP!" said Melissa, in a voice that seemed very familiar to Shaun. He realized it, "You're under the influence of Jeff the Killer!" Melissa then stabbed Shaun's heart with a sharp-tipped knife, and he died seconds after. Jeff came out behind her, and said, "Well done, Melissa. Welcome to the team." "Thank you, Jeff. I am honored to be a part of the team." replied Melissa, and they both left.

Police came about 15 minutes later, and saw the lifeless body that was Shaun, "Murder!" said a female brunette officer, and took some notes. Another female officer who was blonde examined the body of Shaun and said, "Looks like the work of Jeff the Killer. Only he would use a knife that was so sharp-tipped." "We'd better notify some newspaper writers. This needs to be put in the paper." said a male officer with black hair. They took more notes, then left.

Retrieved from "https://creepypastas-with-no-limit.fandom.com/wiki/The_2_AM_murder?oldid=4283"
Community content is available under CC-BY-SA unless otherwise noted.